Donald School Journal of Ultrasound in Obstetrics and Gynecology 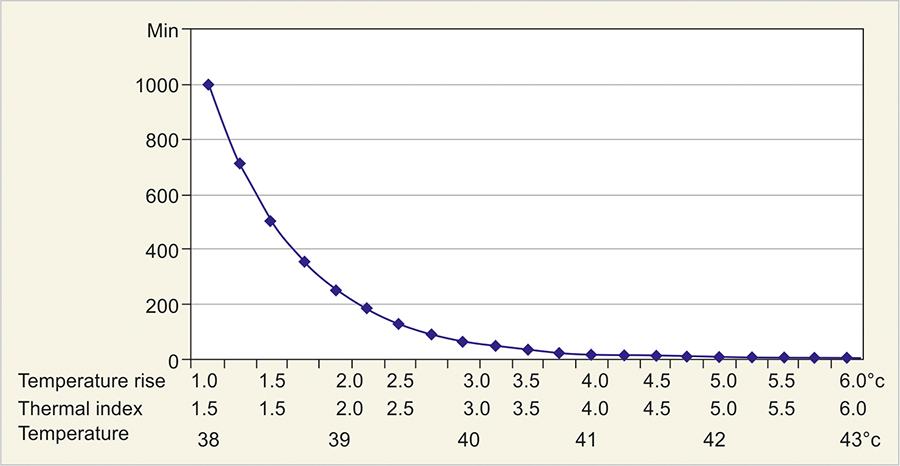 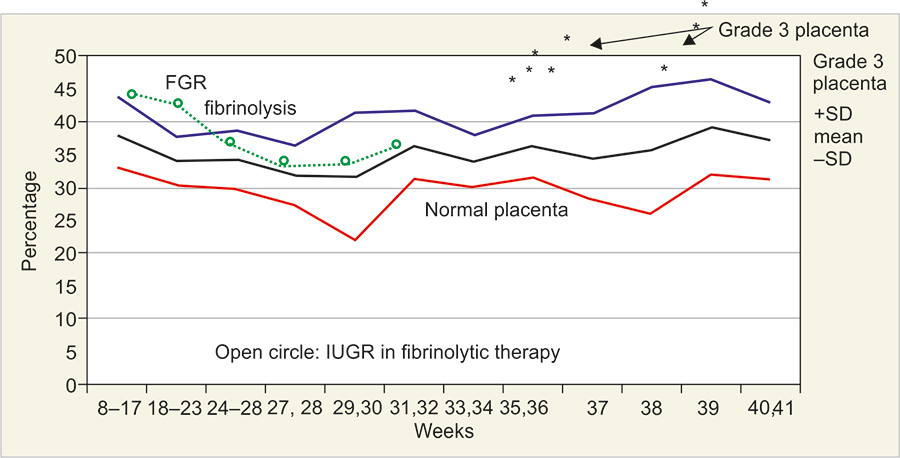 Tissue Characterization with Gray-level Histogram Width in Obstetrics and Gynecology

Malignant GLHW was higher than in benign one (it was malignant if the GLHW was 50% or more in ovary, uterine cervix, and endometrium). The GLHW of placental fibrin deposit was higher than normal placenta. It was reduced by heparin and normal neonate was obtained. Fetal brain echo density, immature fetal lung, and meconium-stained amniotic fluid were diagnosed by GLHW, and normal adult liver GLHW was studied. Helsinki declaration was followed. 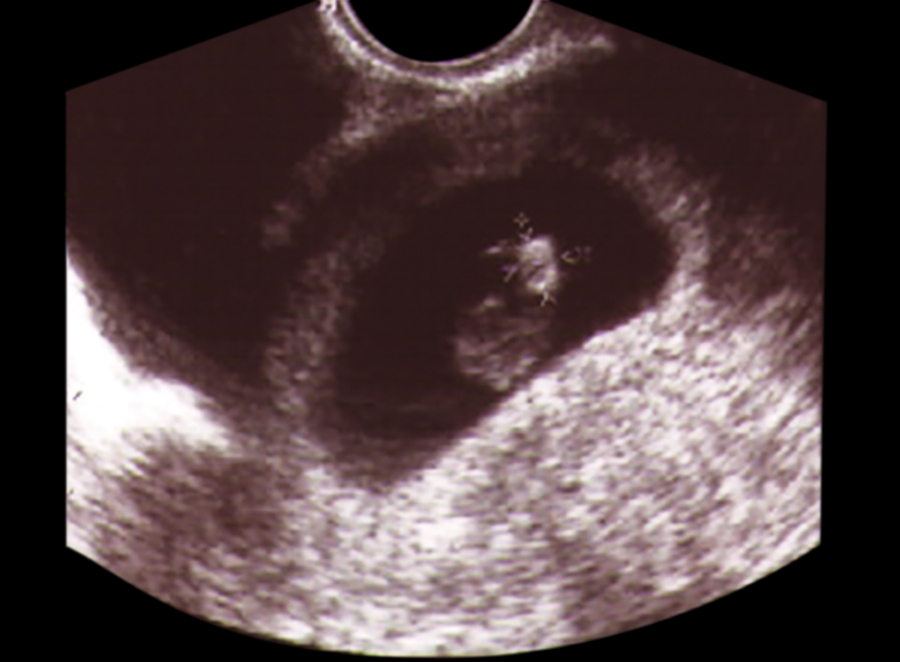 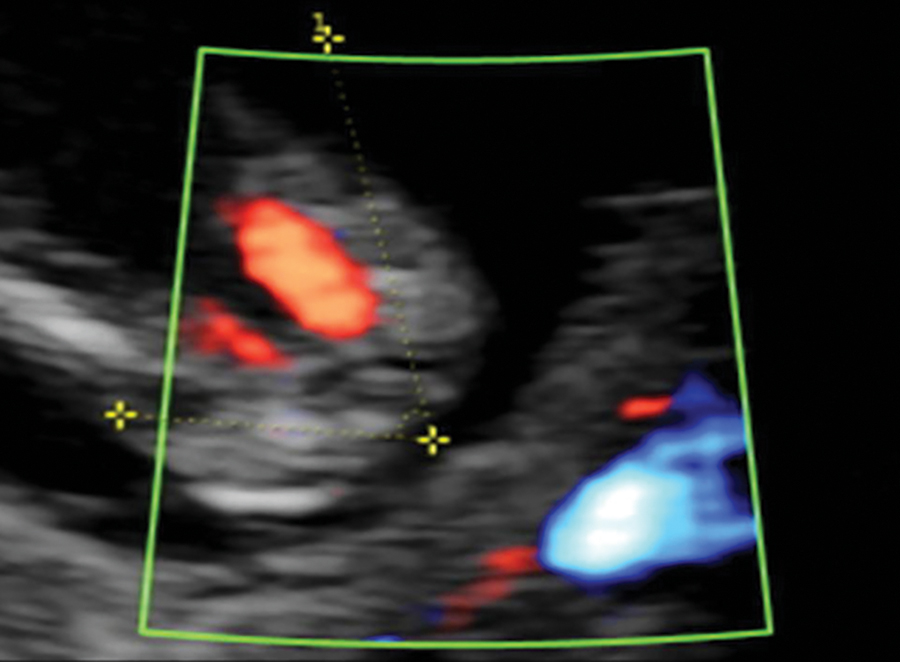 Ultrasound Markers of Aneuploidy in the First Trimester 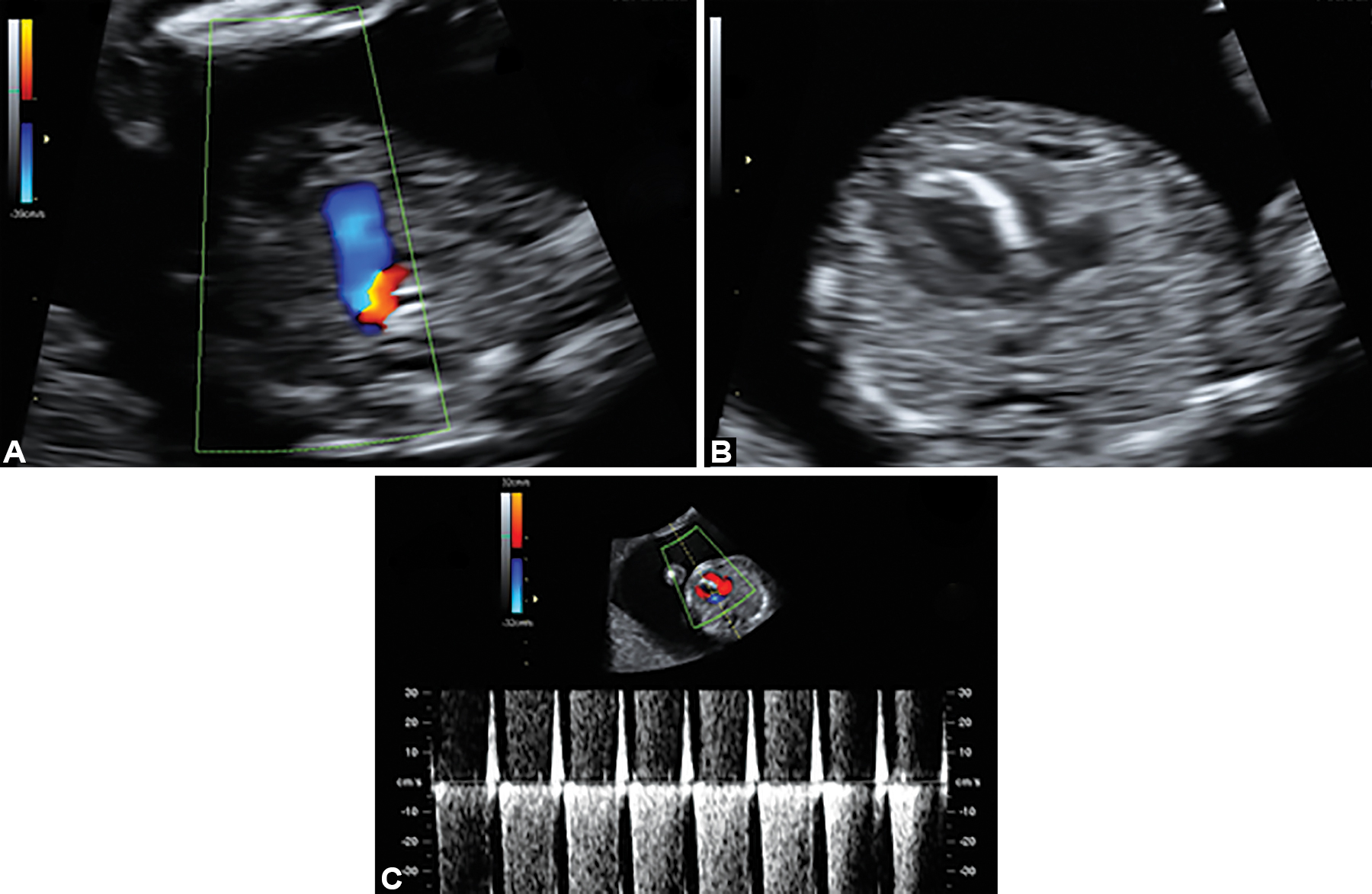 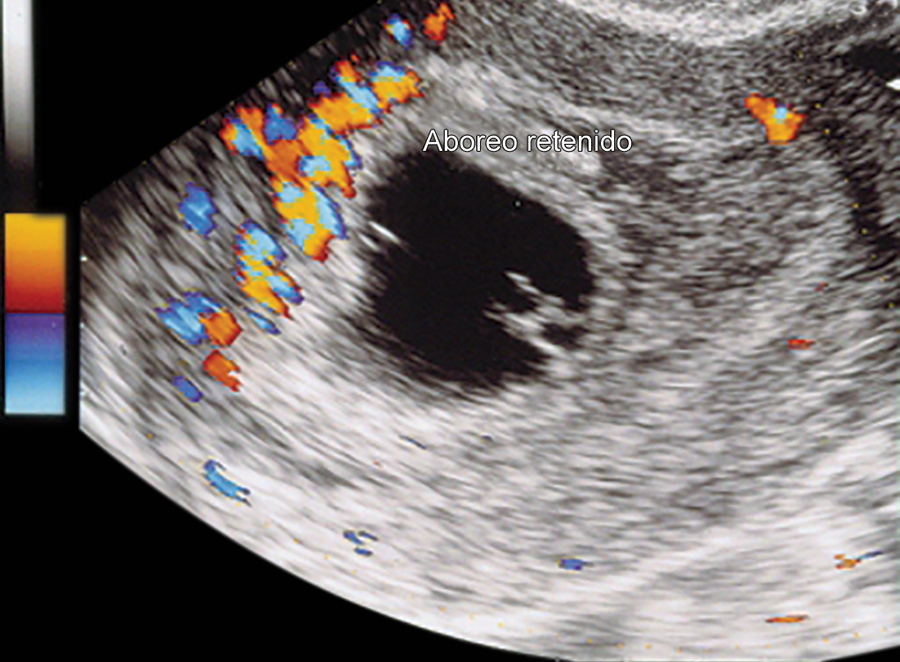 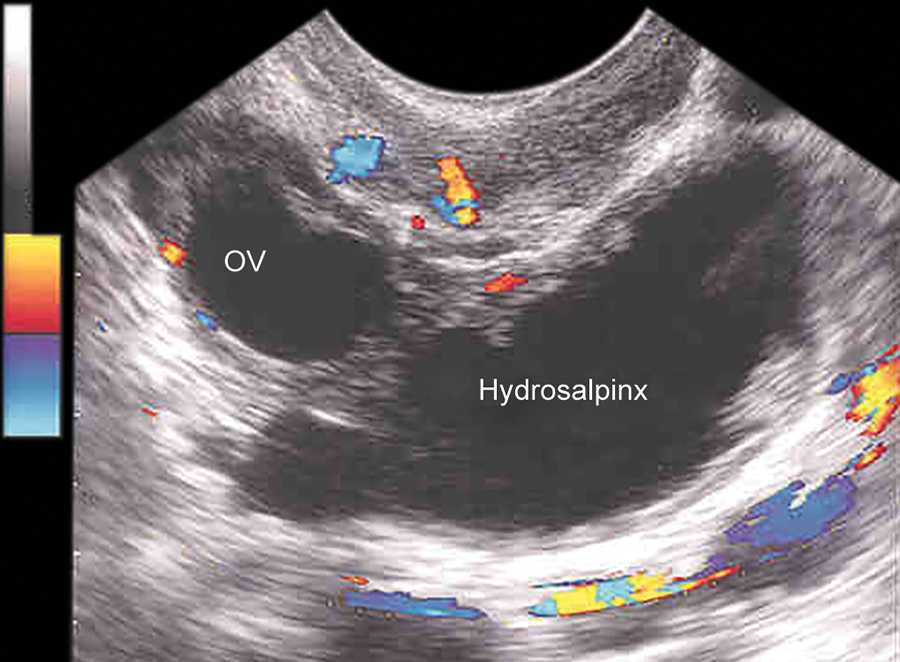 Sonography of the Pelvic Infection 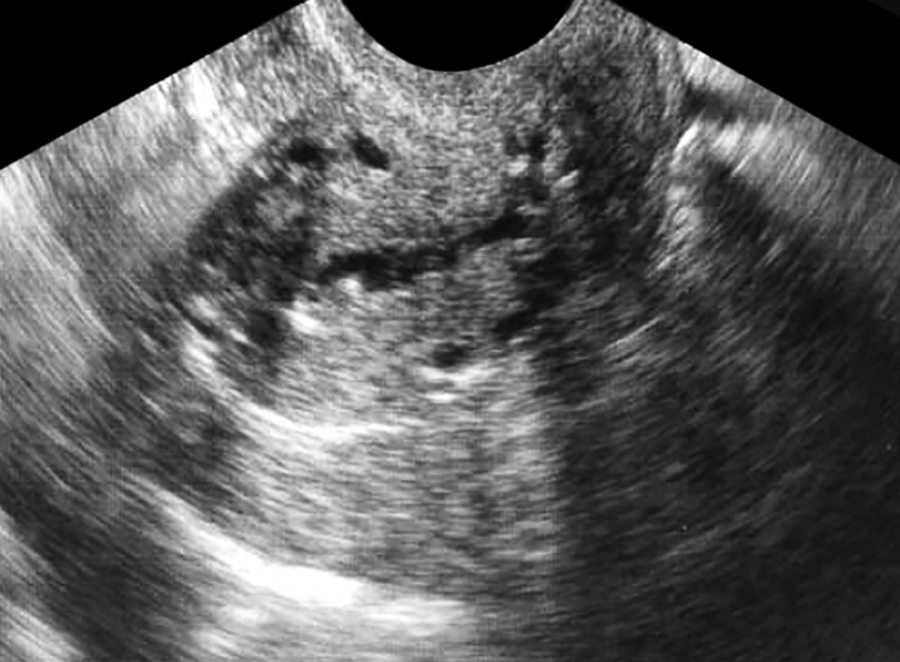 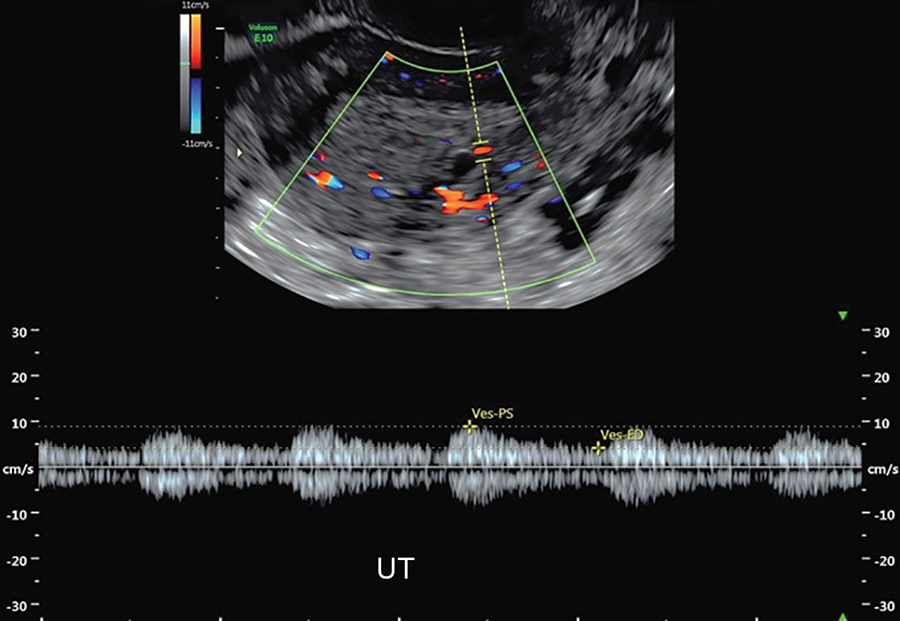 The combined study of two-dimensional (2D) and three-dimensional (3D) sonographic records may be useful to diagnose wound dehiscence from hysterotomy and forecast the well-being of future gestations. In that respect, irregular cicatrization patterns can be identified from the early puerperium over the whole postparturition recovery period, and may encourage the need for further cesarean in new pregnancies to come.

A random sample of 42 female patients were subjected to transvaginal sonographic exploration at three sampling times, namely 4 days, 4 months, and 1 year following hysterotomy. All of these women recovered successfully from their cesarean and were discharged from hospital 5 days after parturition.

The 2D and 3D surveys were subsequently undertaken at each of the three study times. Four days after surgery, the 2D ultrasound scan aimed at evaluating the early evolution of the uterine scar. On the contrary, 3D echographies were implemented frame-to-frame, in a transverse direction, from the right to left sides of the uterus.

The 3D sonographic records from those dehiscent wounds displayed at this time a wide, irregular hypoechogenic area crossed over by linear structures representing the suture material (Vycril). Such a record was called a “shark bite” pattern.

The latter puerperal dehiscence pattern persisted in the isthmic region for 4 months and 1 year after delivery. It consistently featured a notch between the scar borders that run perpendicular to the complete extent of the internal myometrium layer and bordered the anterior uterine wall.

By considering the length of the hysterotomy-derived notch over the whole study period, two types of scars could be differentiated through 2D sonographic surveys, scar notches >2/3 (n=9) or ≤1/3 (n=4) of the total scar lengt. Six of the 13 wound-dehiscent women monitored in this study became pregnant within 2 years after their former cesarean.

All were subjected to a second hysterotomy, before which an in situ examination of the previous uterine scar could be made.

Early puerperal ultrasound scan focusing on hypoechogenic areas across the borders of hysterotomy-derived scars under suturing pressure must be undertaken by means of 2D transvaginal ultrasound scan, with the bonus that such exploration can be extended through several months to a 1 year period after surgery. The extent of dehiscent myometrium areas and the depth of the notch remaining between the serose and the cervical channel of the stigma can be used as reliable indicators for defective cicatrization processes and should be used as background information aiding in future gestations.

The 3D transvaginal ultrasound scan provides the practitioner with thorough records of myometrial failure and enhances the morphological study of iatrogenic pathologies originating from cesarean surgery.

The state and extent of healed vs failing cicatrization areas can be easily assessed by means of 3D transvaginal ultrasound scan.